Prando’s Family: Mechanics since 1947
Our products

In 1947, Luigi Prando opened his small workshop, reparing bikes and motorbikes. This is the turbulent period after the war and the will to start out afresh and is firmly fixed in the heart and mind of Luigi who, in the 60s had already expanded his workshop, also dedicating himself to the repair of cars and agricultural machinery.

During that period, the business lead is handed over to Antonio, Luigi’s son.

In 1975, the Prando workshop moves to its current premises of Via Carlo Alberto della Chiesa in Aosta, and changes name to Operval.

The third Prando generation joins the company in 2005, with Andrea and Lorenzo who, particularly interested in electronics, take on the challenge of making remote controlled earth moving vehicles.

In 2016 Operval starts its internationalization process by introducing Tracked Dumper PL10 at Bauma, World’s leading construction machinery trade fair. PL10 would remain our flagship product at SaMoTer of Verona in 2017 and at Bauma 2016 and 2019 as well.

To the present day Operval has filed 3 innovative patents.

Operval’s constant bond with the territory and a qualified well trained team contributed towards the creation of versatile machinery with exceptional manoeuvrability, able to operate over all types of terrain, perfectly satisfying the requirements of those who work in the field of earth moving. 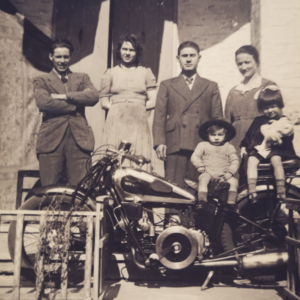 Luigi Prando with his wife Palma, their son and daughter Antonio and Maria, and some friends.

The business lead is handed over to Antonio, Luigi’s son. The workshop starts to take care of cars and heavy machinery.

Officine Prando evolve into Operval. From this moment on, the main focus will be on the earthmoving sector. 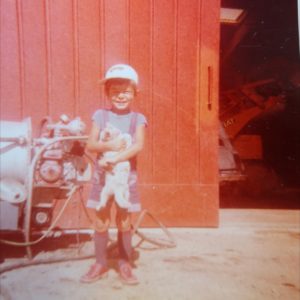 Andrea Prando in front of Operval

The third Prando generation joins the company in 2005, with Andrea and Lorenzo who, particularly interested in electronics, take on the challenge of making remote controlled earth moving vehicles 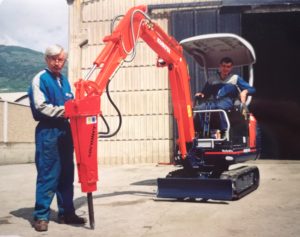 Operval starts to design the PL10 Radio controlled dumper, patenting it next year and introducing it to the international public at SaMoTer in 2017 and at Bauma in 2016 and 2019. 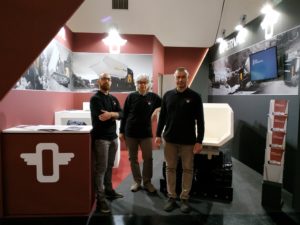 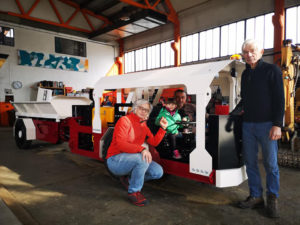 Antonio with his sons Andrea and Lorenzo, and the young Viviane.

New patented product for Operval: hydraulic thumb KE60, the only one that doesn’t need to be welded on your excavator. Again, the aim to make life easier for machine operators is fully achieved.

Plenty of projects in progress.

Administrator, Head of design and sales 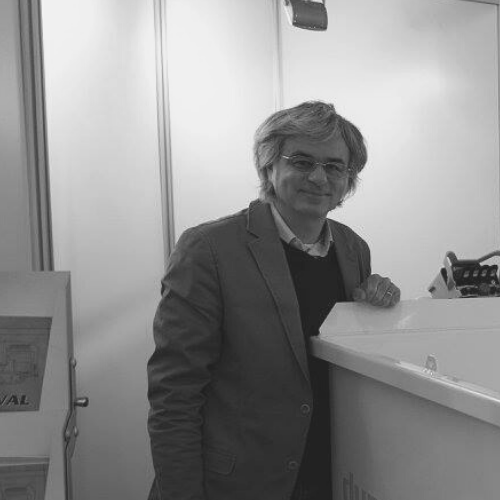 Head of Communication, marketing and trade fair organization
“Operval means are reliable, solid and resistant. Maximum quality of materials and components always up to every expectetions”

to improve the browsing experience of users and to collect information on the use of the site itself. We use both technical and third-party cookies to send promotional messages based on user behavior. You can know the details by consulting our cookie policy below. By continuing to browse, you accept the use of cookies; otherwise it is possible to leave the site.. View the cookie policy